Today’s Ozaphan camera films are completely different from their 1920s namesake. Still, our films draw from a rich heritage of photographic innovation, as both share a common history of ideas and the spirit of European cooperation. With more than two years in preparation and with companies from all over Europe involved, our project is driven by a spirit to make great materials available to photographers and cinematographers alike, that would otherwise be hidden away from them. And as a brand, we are fortunate and proud to be able to summon almost a century of European photographic legacy to draw from. From this commitment, however, we want to tell the story of the original Ozaphan:

Developed in 1920s France, the original Ozaphan was a slowly burning safety film material for film release copies based on a proprietary photographic process. Coated on cellophane and utilising a derivative diazotype process called Ozalid (almost a reverse spelling of Diazo) the material was named Ozaphan. Due to the physical properties of the cellophane substrate, no silver-halide emulsion requiring development in liquid chemistry could be used and thus the dry, dye based Ozalid process was required. Today, the film is all but forgotten, except for a few film historians, and now you. In the 1930s, 40s and 50s, the material helped to popularise accessible and affordable cinema at home that had previously been out of reach for many ordinary consumers. By 1970 though the film had all but vanished. Its decline had begun long before. 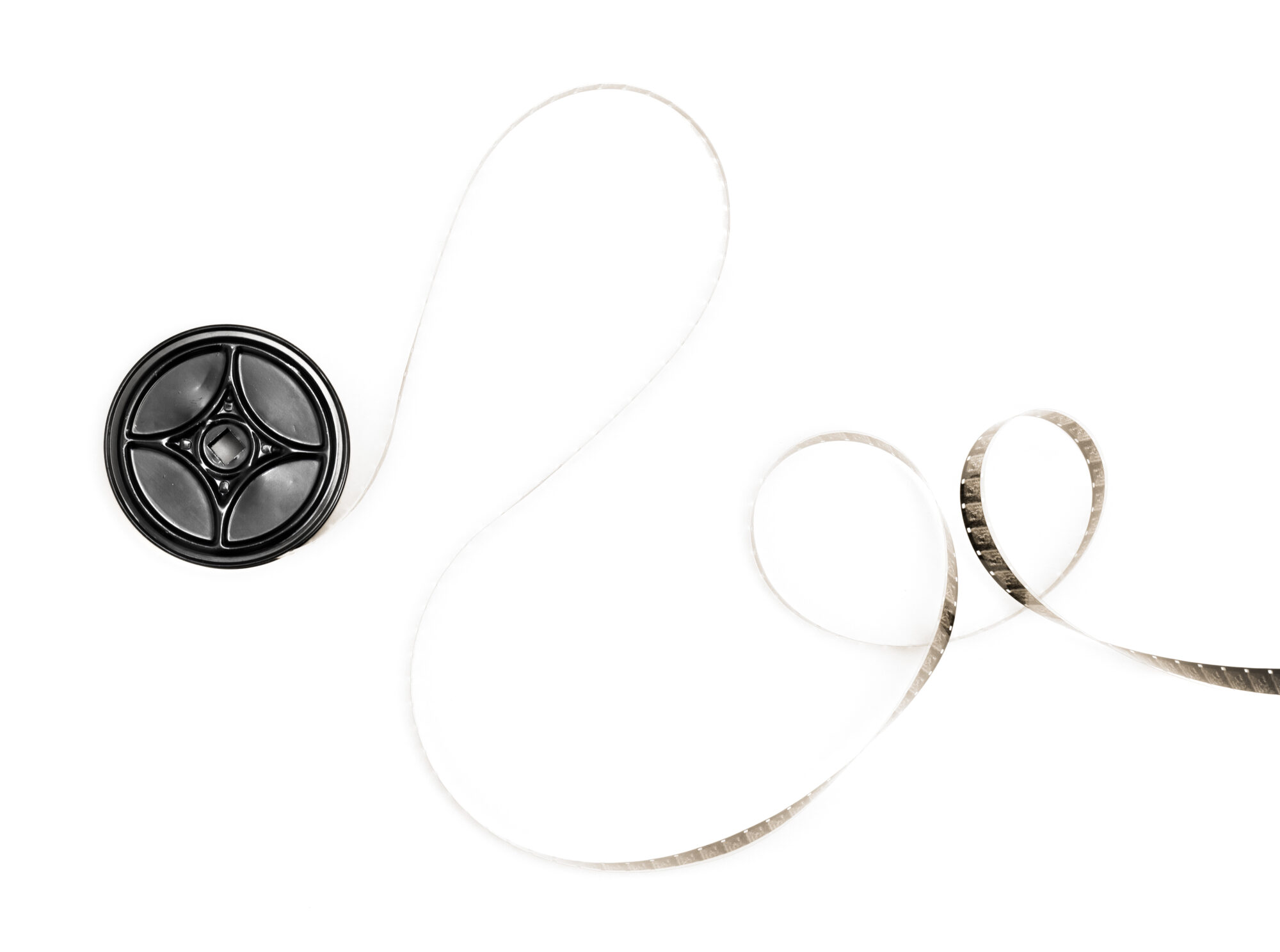 In the early 1910s, the Swiss chemist Jaques Edwin Brandenberger invented a thin clear material he named Cellophane. In 1913, Brandenberger brought his invention to market and to this day, cellophane is used in the packaging industry to wrap mostly food products. But his ambitions didn’t stop with packaging: When he started experimental coatings of silver bromide emulsions onto the new material, the idea for Ozaphan was born. The first World War, however, abruptly halted any further photographic experimentation, as his company had to switch to wartime production.

After the war, experimentation with the material could resume, but coating a silver based emulsion on a cellophane substrate proved impractical due to the physical properties of the film base. Simply put, Cellophane was not able to go through the necessary wet development process since it would not retain its original form, compared to cellulose nitrate or acetate bases.

After the war, Brandenberger’s company started a collaboration with the German Kalle AG, a member of the chemical super conglomerate IG Farben. In 1924, Kalle had introduced a silverless, dry copying process – the diazotype. Originally invented by the German photochemist Gustav Kögel and patented in 1917, the diazo process Kalle called Ozalid could reproduce images without a need for a liquid development and thus seemed fit to be used together with the promising cellophane. Opposed to cellulose nitrate, which is a highly flammable material prone to disastrous combustion and spontaneous self ignition, cellophane was relatively inflammable and thus one of the first safety film materials available. And compared to another new safety film base, cellulose acetate, onto which most films, except ours, are coated onto to this day, cellophane was much cheaper. Besides that, the lack of expensive silver in the process meant the film could be offered even more affordably. This, to a great degree caused the prices of Ozaphan release copies to be drastically cheaper than silver based films, and thus meant, that a new audience could afford them: The lower middle classes. 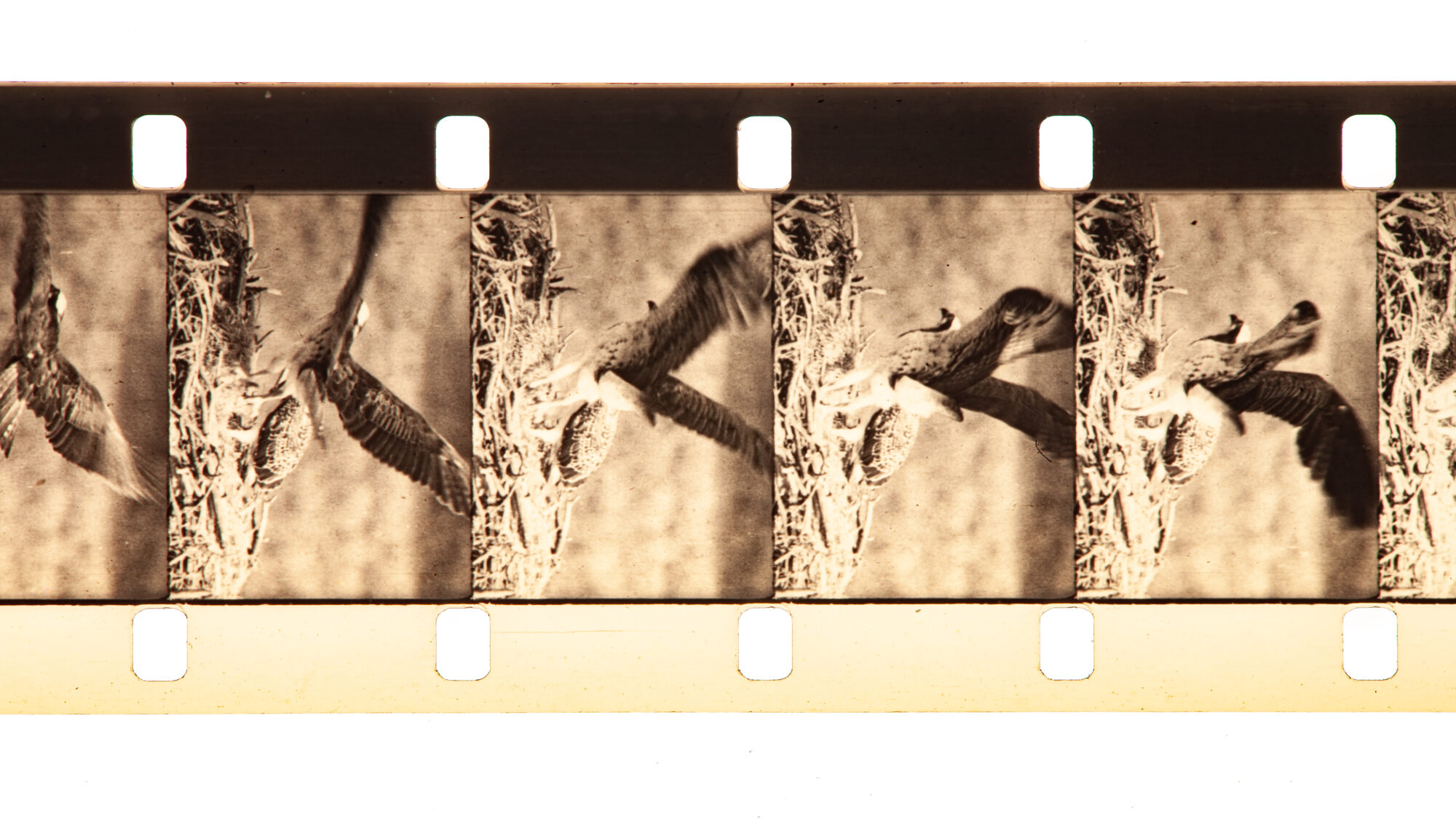 Unlike today’s Ozaphan films, the original material could not be directly exposed in cameras because the Ozalid emulsion was very slow and required a substantial amount of UV light exposure to form an image. Subsequently, another IG Farben member, the German photographic giant AGFA got on board and started to offer affordable film projectors for the material. Subsequently, the films published on Ozaphan became popular among many amateur cineasts, and the portfolio of available titles ranged from documentaries, like the nature documentary on eagles above, to cartoons, sports and shortened cinema films.

In 1942 production of Ozaphan films ceased due to the war, and after 1945 it only slowly built up again. By the 1960s the higher quality and increased affordability of acetate based silver films and the fact that these materials allowed colour projection, made the once attractive alternative unviable. Soon after, Ozaphan was gone.

While the actual original Ozaphan diazo film is gone for good, the brand and the thought of trying to make new films available to a wider audience is here to stay. Today, in this spirit we strive to bring new films to photographers and cinematographers who want to create an inherently unique aesthetic with equally unique materials.

We use cookies on our website to give you the most relevant experience by remembering your preferences and repeat visits. By clicking “Accept”, you consent to the use of ALL the cookies.
Cookie settingsACCEPT
Manage consent

This website uses cookies to improve your experience while you navigate through the website. Out of these, the cookies that are categorized as necessary are stored on your browser as they are essential for the working of basic functionalities of the website. We also use third-party cookies that help us analyze and understand how you use this website. These cookies will be stored in your browser only with your consent. You also have the option to opt-out of these cookies. But opting out of some of these cookies may affect your browsing experience.
Necessary Always Enabled

Any cookies that may not be particularly necessary for the website to function and is used specifically to collect user personal data via analytics, ads, other embedded contents are termed as non-necessary cookies. It is mandatory to procure user consent prior to running these cookies on your website.